Steve Butler is truly local having lived at Belper Ripley and Nottingham. Steve first became interested in being a Chartered Surveyor having worked with the Derbyshire Buildings Society's Duffield staff mortgage surveyors and later worked at Noel Wheatcroft and Sons, Matlock.

Steve has been an independent surveyor for twenty five years specialising in surveying and valuing residential property and preparing independent expert report on boundaries and poor workmanship.

We are an independent surveying practice, which means we are not tied to any Estate Agents and as such provide comprehensive, unbiased and impartial reports for use solely by our clients.

Local Knowledge - Steve Butler has lived been educated and worked within a few miles of Ilkeston for most of his life.

Independence - Being entirely independent I always put the client first and can offer a bespoke service.

Access - You can always speak to  me directly or come along to site. And unlike the corporates I don't have to rush off to the next job, so the survey and report get the time they deserve.

Professionalism -The Royal Institution of Chartered Surveyors (RICS)  ensure the practice complies with exacting standards. They require that I keep up to date with property matters, maintain audited clients accounts, professional indemnity insurance and a formal complaints procedure.

Further Information - www.structuralsurvey.co.uk contains information about other Chartered Surveying Services in the Derby and Derbyshire area.

Steve Butler RICS Surveyors provide in-depth property surveying services for clients in the Ilkeston Cosall Awsworth Trowell and the surrounding area. Our expert surveying services are designed to provide clients with all the information they need when considering a residential property for purchase. We also offer professional expertise and advice on a wide range of property related matters.

All of our Chartered Surveyors offer a wealth of experience in surveying all property types. We are dedicated to making sure our clients are fully informed as to the condition of a property before they commit to buy. We use a RICS Home Buyers Surveys, RICS Building and Structural Surveys, Structural Investigations and Damp and Timber surveys written in an easy to understand manner so that you can make the best decisions possible with your property purchase.

A Building Survey or Structural Survey is a thorough inspection of a property. It is the most comprehensive of the surveys available for residential properties and will provide a detailed evaluation of a property’s construction and condition.

Also known as a Structural Survey, the Building Survey report will describe the condition of each element of the house and suggest which aspects need attention or further investigation where the cause of a problem is not immediately apparent.

It is important to check that the surveyor you select is regulated by RICS, as they set the guidance for surveyors and this will ensure that the advice you are getting is independent, expert advice from appropriately trained professionals. 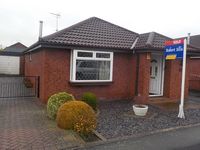 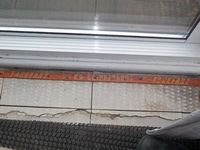 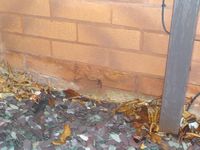 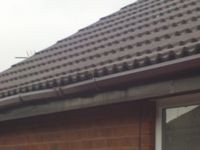 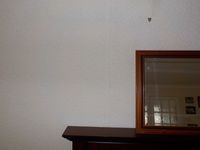 This Ilkeston surveyors RICS Building Survey found that heat from a fire had buckled an external wall which raised doubts about whether the metal wall ties that stabilize the wall were secure. The property also had a step in the rear bedroom floor due to the base of the floor having compacted. The sliding door sill was leaking and the front door seals had failed. The consumer unit had limited RCD protection and spot lights were covered with insulation causing a risk of them melting the cables.

Building Surveys are suitable for all properties, but they are particularly appropriate for:

Older Properties that are over 100 years old

Buildings constructed in an unusual way, regardless of age

Buildings that you intend to renovate or change

Buildings that have already been renovated or significantly altered

A Building Survey examines all accessible elements of the property and the surveyor will actively search for any structural problems or defects. The building survey will also asses health a  safety matters and draw attention to matters that your solicitors should investigate.

You can request that certain areas are included to cover particular concerns that you may have about the property. In contrast to the RICS HomeBuyer Report, there is a lack of a standardised format for the Building Survey report, so the surveyor is able modify a Building Survey to your needs.

Please note that a Building Survey does not include a valuation, so if this is something that you require please ask your surveyor separately if it can be included.

The HomeBuyer Survey Report is an economy service that is suitable for most types of houses, bungalows and flats, which are conventional and traditional, in type, and construction, and which are apparently in reasonable condition. In reality this covers most properties constructed since 1800!

A Homebuyers survey will identify repairs, risks and problems that are likely to be expensive to remedy or make a property hard to re-sell before exchange of contracts.

Homebuyers Surveys include a valaution and estimate of thhe cost of re-building the property for insurance purposes.

On this Ilkeston Homebuyers Survey we encountered severe structural movement causing a considerable slope on the landing floor. The movement also showed up in the fracturing and dropping of brickwork above window openings. The original slate roof had been recovered with much heavier concrete tiles but there had been no attempt to upgrade the roof structure making it vulnerable to failue in the event of heavy snow. Poor gutter arrangements put the property at risk of water penetration as it has solid walls which will make it cold and prone to condensation.

A cautionary tale about cheap house and property surveyors

We recently had to clear up on behalf of a client who had opted for a survey from one of our cheaper surveyor allies.

The surveyor had not bothered to move the remains of a bed in an otherwise empty house to get in to the attic. It took us about 30 seconds.

The roof had a number of snapped rafters as an original slate surface had been replaced with heavier concrete tiles. Expensive

The surveyors had not opened the drain cover as it was supposed to be corroded in.  Again it took us about 30 seconds.

The drain was of course blocked due to a problem with the channel.

The surveyor offered some advice about dampness. The suggestion was completely unnecessary and put everybody in the house at risk of burning to death as the suggestions severely compromised the fire protection of the property. In this case particular important, as it was three stories plus cellar and likely to be in multiple occupation.

We were able to advise the client against that course of action saving potential prosecution/ closure by the Environmental Health Officer.

By doing only half a job and not stopping to think about the content of the report they were naturally able to be much quicker and cheaper.

Not so cheap in the long run!

This drainage channel found by our surveyors during an Ilkeston Homebuyers Survey is blocked. The cause is a 'U' bend that was deliberately designed into older style drainage systems just before they enter the public sewer to prevent sewer gasses and rats entering the property's drainage system. Unfortunately the ‘U’ bend is also good at trapping objects that that enter the system leading to blockages. Above the ‘U’ bend there is usually a hole for rodding the drain which should have a ceramic cap that look something like a tea pot lid. These are usually long lost or deliberately removed so that sewerage can by-pass the U bend as is happening here. If particularly troublesome the ‘U’ bend can replaced with a straight section of pipe although at some expense.